On July 15, 2016, 100 years to the day since William E. Boeing turned his attention to the thrilling and world-changing field of aviation, more than 100,000 Boeing employees (past and present) and community members, gathered to celebrate Boeing’s Centennial. TPN partnered with the Boeing team to produce an event that included video content involving more the 80 aeronautical innovations created by Boeing.

Guests were given digital and printed passports with stamps to collect across the festival grounds. There were booths where employees and retirees could sign images of the airplanes they helped produce, community exhibits, and 45 featured historic airplanes. It was an experience that paid tribute to the people at the heart of Boeing from its founding members to its modern-day team, and its clients and collaborators across the world. 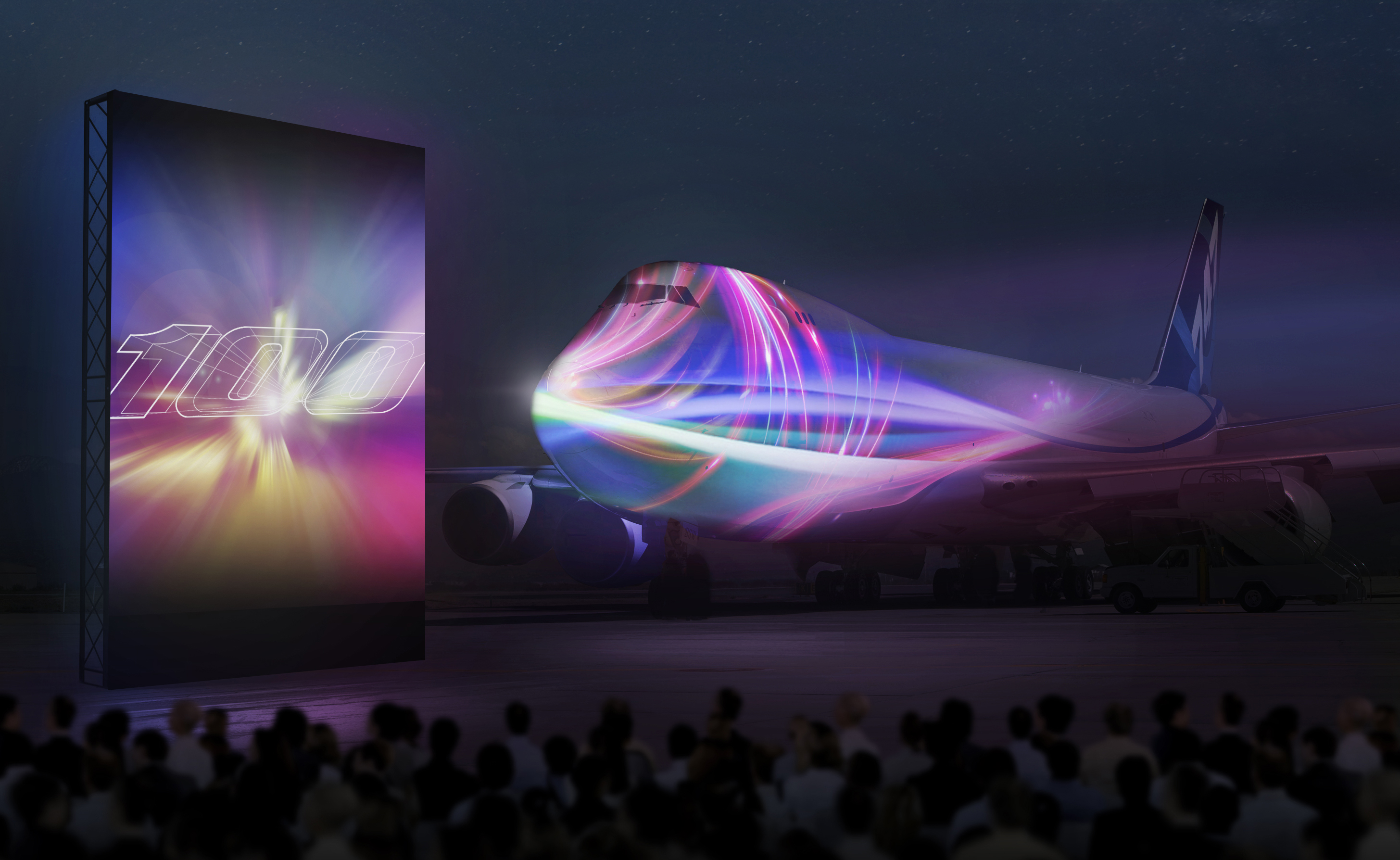 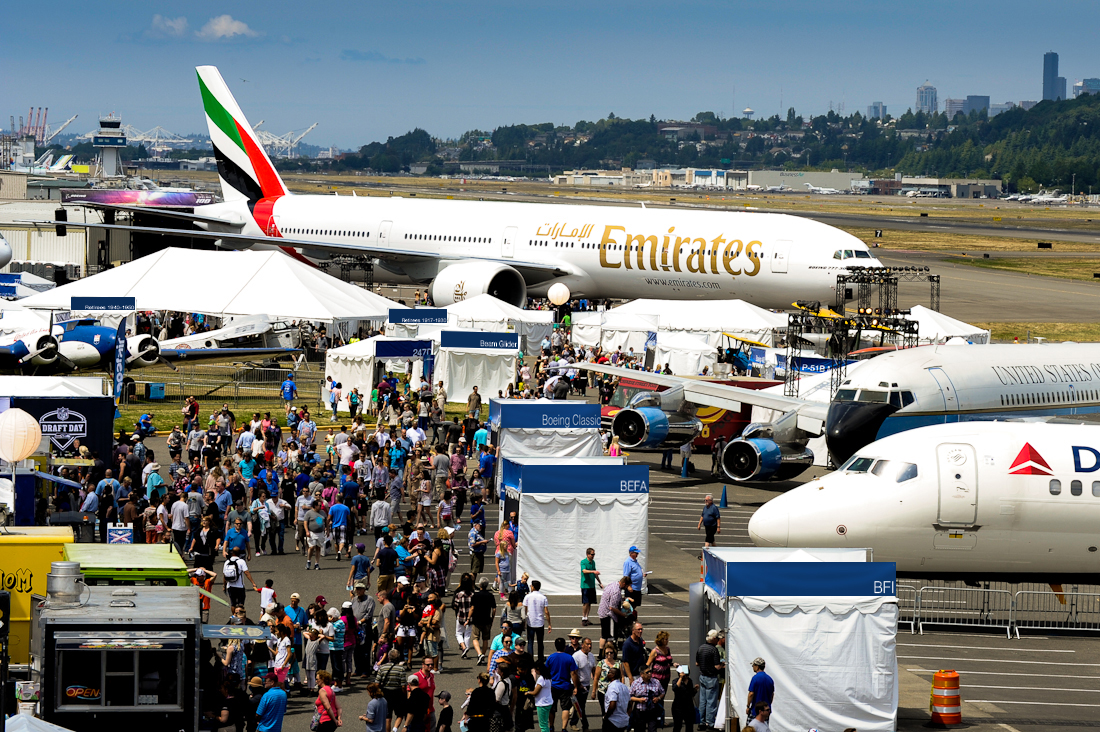 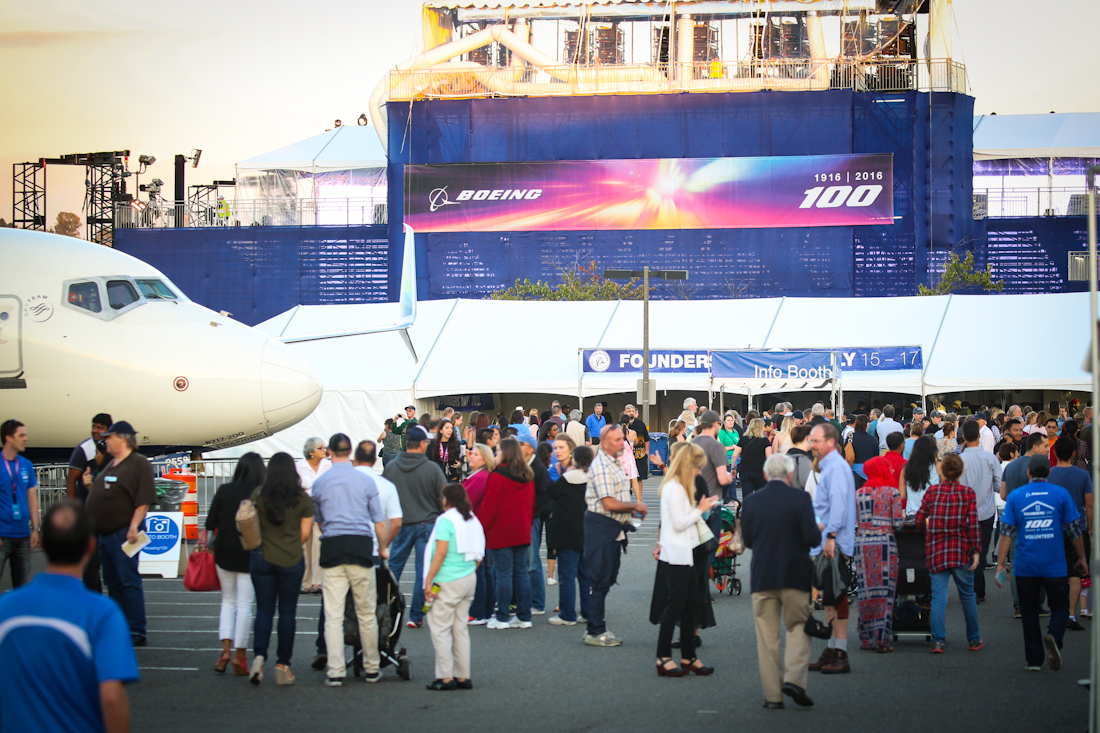 We produced an event that included video content involving more than 80 aeronautical innovations created by Boeing, and five actual airplanes, including the iconic 747 Jumbo Jet and the 787 Dreamliner, which took center stage in an elaborately choreographed performance that celebrated Boeing’s rich history. We technically engineered and supported the award-winning artists from 59 Productions who created content, which featured animated sequences projection-mapped onto a moving 747-8 Intercontinental airplane -– a technological first.