Bring gamers into the streaming world of Mixer at E3.

E3 is the largest media and consumer video game conference in North America. Attendees from all over the world come to E3 to see the latest and greatest in the game industry. Our Mixer experience, located in the heart of L.A. Live at Xbox Plaza, was a four-minute walk from the LA Convention Center.

Guests were taken on an immersive journey into the game-streaming world of Mixer. Theme park line misters kept everyone cool while they waited to enter a custom thrill ride featuring 3D animated visuals, which shared Mixer’s product story through the lens of well-known gaming influencers. Attendees sat on custom rocker chairs while the entire dome lit up with 360-degree visuals that moved guests through time-travel tunnels and worlds that highlighted the various streaming features that Mixer delivers. After the show, attendees collected their bags of Mixer merchandise and entered the larger Mixer dome, which was filled with Gears 5 gaming stations, game tournaments with the chance to win an Xbox, streaming stations, charging tables, and a broadcast stage streaming live news and gaming content all day long. 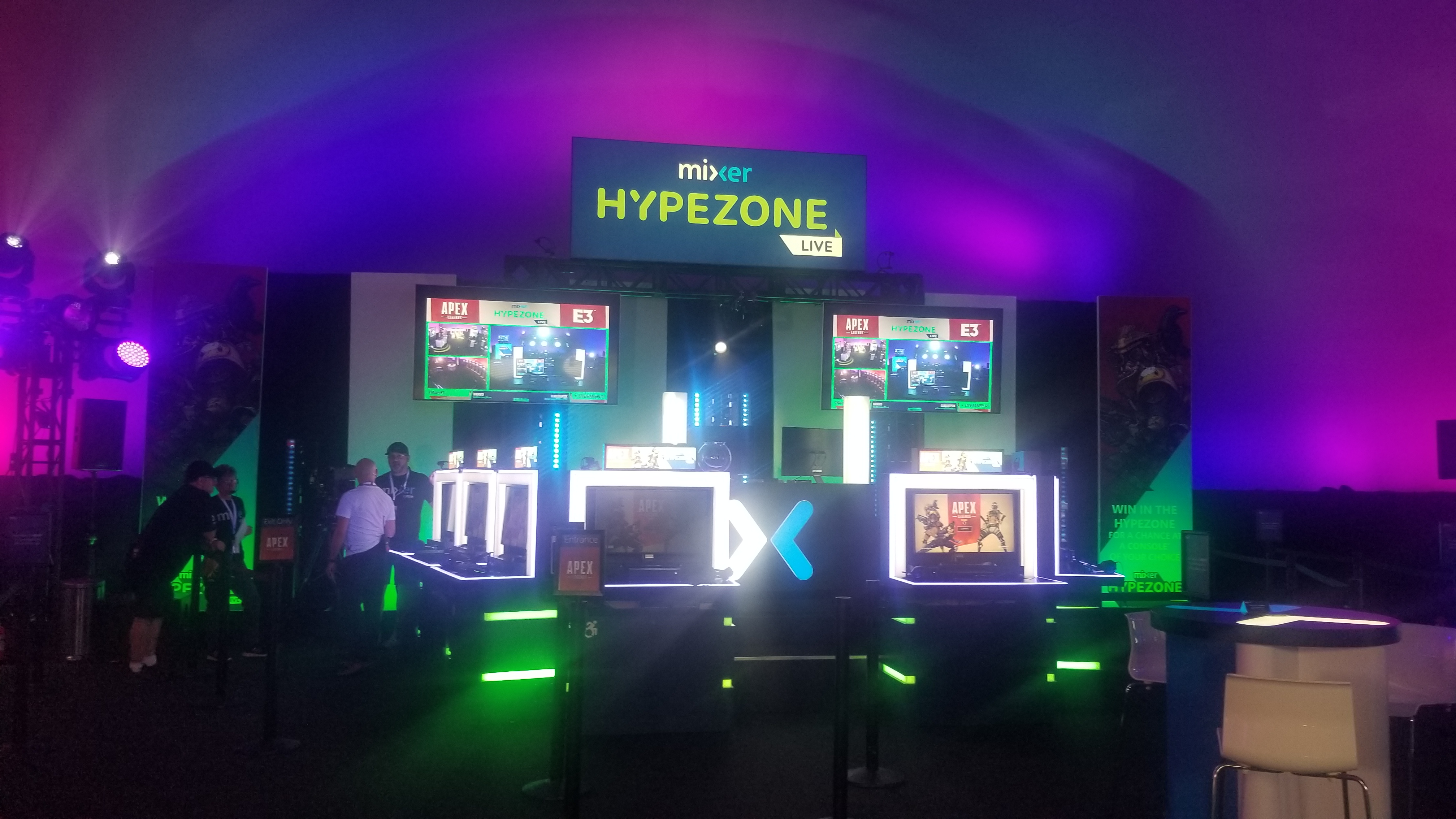 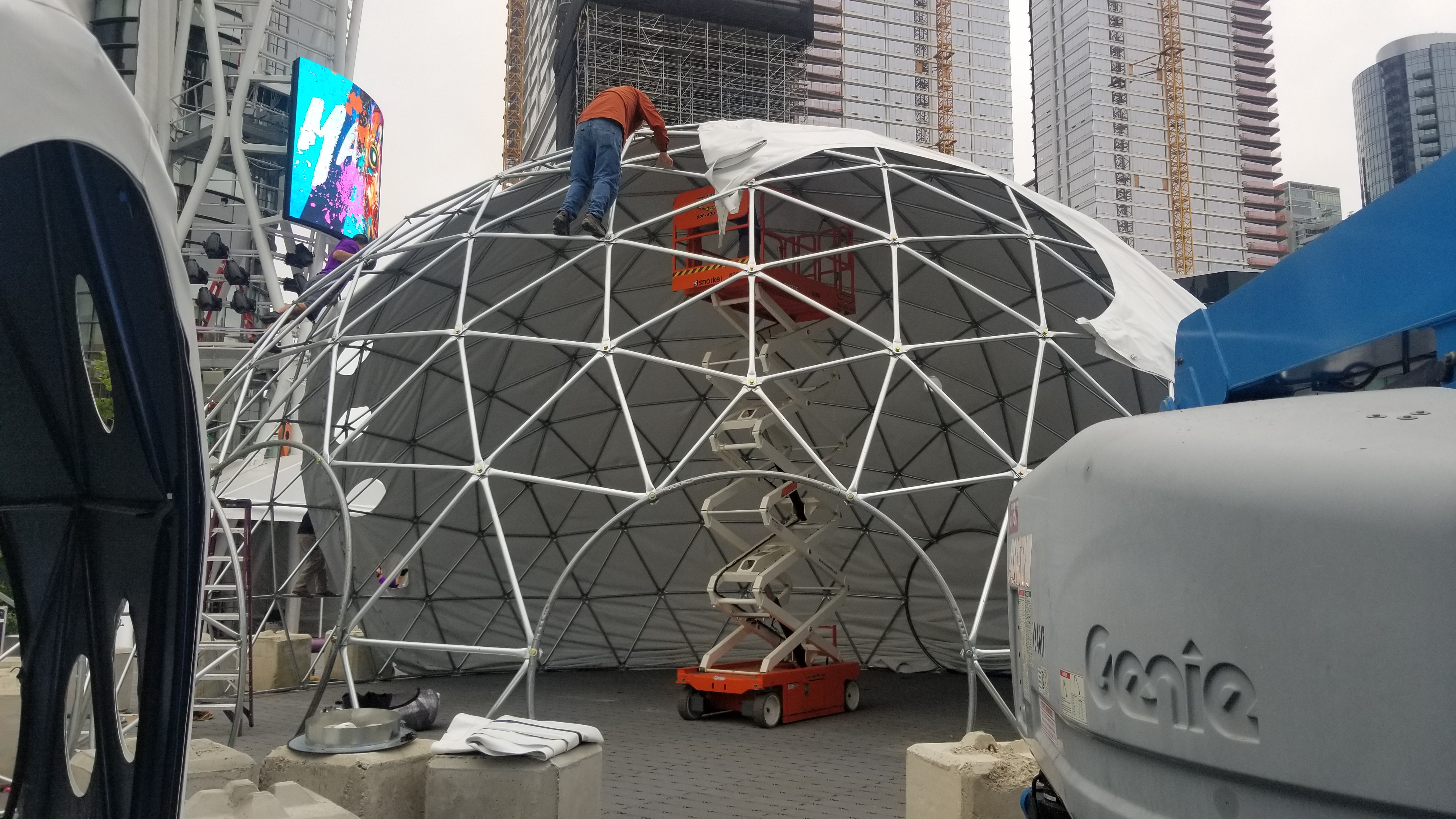